The 2014 Photo Competition was held as planned at the December Branch
Meeting. Many thanks to all those who submitted images which meant that we
had 67 entries from 14 entrants.

It is fair to say that opinion was fairly well divided, as the 15 members
who voted chose no less than 13 different images as someone’s first choice!

After taking into account the full vote for 1st, 2nd & 3rd choices we did
end up with a winner; being Dave Whitworth for this shot of the Old Warden
Lysander. Well done Dave you will receive the trophy to keep for 12 months

Joint 2nd place was taken by Phil Kemp for his skilful shot of a Tiger Moth
at Woburn narrowly avoiding a ground loop and Colin Potter for his image of an
Easyjet A320 flying through a rainbow at Edinburgh. 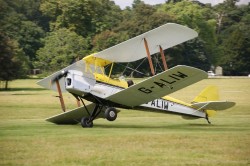 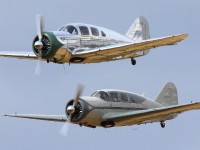